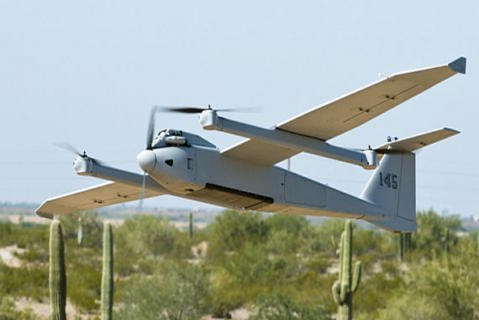 These three unmanned aerial vehicle (UAV) designers will share as much as $475 million over the next five years to provide mid-endurance UAVs and support surveillance services for U.S. military convert Special Operations units.

The three companies are receiving $150,000 up-front, and will compete for mid-endurance UAV services orders during four 1-year ordering periods, followed by one 6-month ordering period.

Arcturus UAV's flagship mid-endurance UAV is the JUMP 20, a fixed-wing UAV capable of vertical takeoff and landing. Its total payload capacity is about 60 pounds, and its endurance is 9 and 15 hours. This UAV also can convert to catapult launch with a wing change.

Arcturus UAV also provides the JUMP 15, a vertical- and short-takeoff UAV that offers six-plus hours of endurance, and the T-20 catapult-launch UAV with oversized payloads and wing hard points.

The Textron catapult-launched RQ-7B Shadow tactical UAV is designed to provide reconnaissance, surveillance, targeting, and assessment. It can see targets from as far away as 78 miles from the tactical operations center, and recognize tactical vehicles from altitudes as high as 8,000 feet above the ground at more than two miles slant range, day or night.

The Textron Aerosonde small UAV is designed for expeditionary land- and sea-based operations and equipped for simultaneous day-and-night full-motion video, communications relay, and intelligence in one flight.

The Boeing Insitu RQ-21 Blackjack is a twin-boom, single-engine, monoplane UAV for surveillance and reconnaissance. Users can launch and recover the reconnaissance drone on land or at sea without runways by using a pneumatic launcher and net-type recovery system.

The 81-pound Blackjack is eight feet long with a 16-foot wingspan, and is designed to carry multi-sensor payloads in a large pod below its nose. The UAV can fly as quickly as 104 miles per hour, cruises at 63 miles per hour, can fly as long as 24 hours, and can fly as high as 19,500 feet. It is a version of the Insitu Integrator UAV.

The Boeing Insitu ScanEagle UAV is 5.1 feet long with a 5.6-foot wingspan. It weighs as much as 48.5 pounds and can carry a 7.5-pound sensor payload. The UAV can fly for more than 24 hours at altitudes as high as 19.500 feet, and at speeds to 80 knots. The unmanned aircraft can fly on gasoline or heavy fuels.

The mission of ScanEagle is to provide persistent surveillance and reconnaissance imagery on land or at sea at lower costs than other surveillance methods for military and agriculture missions.