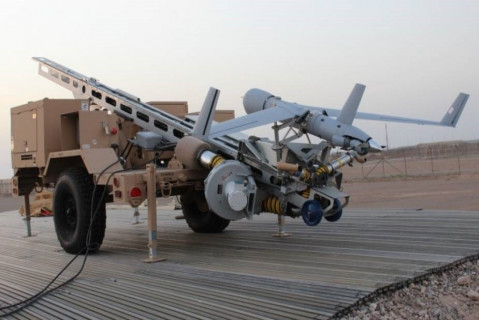 Work will be performed in Bingen, Washington (100%), and is expected to be completed in July 2021. Foreign Military Sales funds in the amount of $9,769,387 will be obligated at time of award, none of which will expire at the end of the current fiscal year. The Naval Air Warfare Center, Aircraft Division, Lakehurst, New Jersey, is the contracting activity.

The Boeing Insitu ScanEagle is a small, long-endurance, low-altitude unmanned aerial vehicle (UAV) built by Insitu, a subsidiary of Boeing, and is used for reconnaissance. The ScanEagle was designed by Insitu based on the Insitu SeaScan, a commercial UAV that was intended for fish-spotting. The ScanEagle continues to receive improvements through upgrades and changes.

ScanEagle is a descendant of another Insitu UAV, the Insitu SeaScan, which was conceived of as a remote sensor for collecting weather data as well as helping commercial fishermen locate and track schools of tuna. ScanEagle emerged as the result of a strategic alliance between Boeing and Insitu. The resulting technology has been successful as a portable Unmanned Aerial System (UAS) for autonomous surveillance in the battlefield, and has been deployed since August 2004 in the Iraq War.

ScanEagle carries a stabilized electro-optical and/or infrared camera on a lightweight inertial stabilized turret system, and an integrated communications system having a range of over 62 miles (100 km); it has a flight endurance of over 20 hours. ScanEagle has a 10.2-foot (3.1 m) wingspan, a length of 4.5 feet (1.4 m) and a mass of 44 pounds (20 kg). It can operate at up to 80 knots (92 mph; 150 km/h), with an average cruising speed of 48 knots (55 mph; 89 km/h). Block D aircraft featured a higher-resolution camera, a custom-designed Mode C transponder and a new video system. A Block D aircraft, flying at Boeing's test range in Boardman, Oregon, set a type endurance record of 22 hours, 8 minutes.