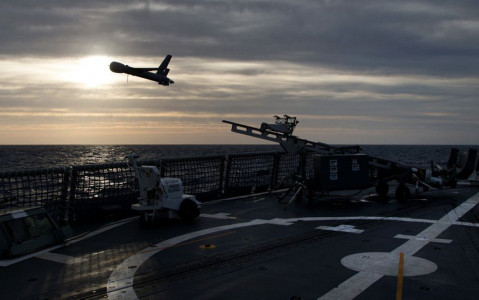 The Aug. 25 announcement comes in the wake of its coast guard killing a Vietnamese fisherman following a confrontation off the Malaysian coast. And both countries along with China were recently involved in a three-way standoff over oil exploration in a part of the South China Sea claimed by all three nations.

The announcement was sent to “selected embassies” and published in two of Malaysia’s national newspapers as well as the government’s online tender portal. The government said the full tender documents will be available Sept. 3 and that interested parties must submit bids no later than Nov. 26.

This announcement confirms earlier reports that Malaysia will split its requirement for maritime patrol aircraft and maritime UAS into two tranches, with this first tranche coming under the country’s 2021-2025 five-year spending plan.

Under its Capability 55 plan, the Royal Malaysian Air Force has an eventual requirement for four maritime patrol aircraft and six UAS to improve maritime domain awareness.

Potential manned aircraft in the running include Leonardo’s ATR 72MP, Airbus’ C-295, PTDI’s CN-235, Boeing’s P-8A Poseidon and Kawasaki Heavy Industries’ P-1. However, it’s unlikely P-8A or P-1 will be chosen due to their respective costs.

The drone requirement is likely to attract interest from General Atomics with its MQ-9 Reaper; Aviation Industry Corporation of China with its Wing Loong family of systems; Leonardo with the Falco; and Turkish Aerospace Industries’ Anka series.

Malaysia is one of six claimants to the Spratly Islands in the South China Sea, and it has faced other maritime issues such as piracy and smuggling. Despite its desire to bolster its maritime patrol fleet, Malaysia’s fiscal troubles and political uncertainty has stymied efforts to acquire new aircraft. The country has undergone two changes in government since then-Defence Minister Hishammuddin Hussein gave the go-ahead to acquire a new maritime patrol aircraft type in September 2017. The program has since languished like much of Malaysia’s other defense procurement programs.