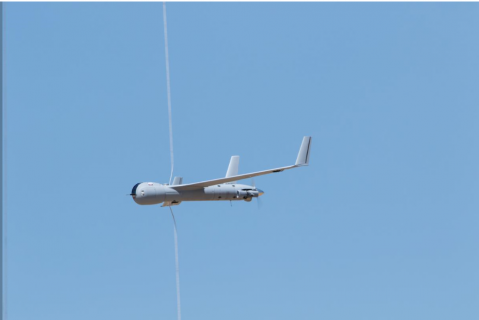 WASHINGTON (Reuters) - The Trump administration has moved ahead with a surveillance drone sale to four U.S. allies in the South China Sea region as acting Defense Secretary Patrick Shanahan said Washington will no longer “tiptoe” around Chinese behavior in Asia.

Shanahan did not directly name China when making accusations of “actors” destabilizing the region in a speech at the annual Shangri-La Dialogue in Singapore on Saturday but went on to say the United States would not ignore Chinese behavior.

The Pentagon announced on Friday it would sell 34 ScanEagle drones, made by Boeing Co. to the governments of Malaysia, Indonesia, the Philippines and Vietnam for a total of $47 million.

China claims almost all of the strategic South China Sea and frequently lambastes the United States and its allies over naval operations near Chinese-occupied islands. Brunei, Indonesia, Malaysia, the Philippines, Taiwan and Vietnam have competing claims.

The Pentagon said Friday’s sales included spare and repair parts, support equipment, tools, training and technical services and work on the equipment was expected to be completed by March 2022.

As many as 12 unarmed drones and equipment would go to Malaysia for about $19 million. Indonesia, the world’s largest Muslim-majority country would buy eight drones, the Philippines eight, and Vietnam six.

In 2018, U.S. President Donald Trump’s administration rolled out a long-awaited overhaul of U.S. arms export policy aimed at expanding sales to allies, saying it would bolster the American defense industry and create jobs at home.

That initiative eased rules for exporting some types of lethal as well as non-lethal U.S.-made drones to potentially dozens more allies and partners.

There is no armed version of the ScanEagle, but Insitu, the division of Boeing that makes the drone, also makes the RQ-21A Blackjack which is an optionally armed drone used by U.S. Navy and Marine Corps.

Reporting by Mike Stone in Washington; editing by Grant McCool