US, Russia To Compete For Future Vietmanese Fighter Jet Orders 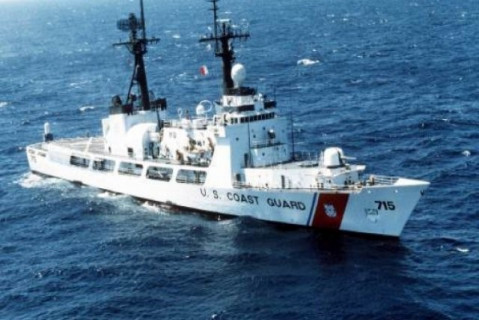 Russia, which has had a near-monopoly in selling arms to Hanoi, thanks to the US arms embargo which was lifted only in 2016, is expecting to sell it more units of its Su-30 fighter jet. Its last two big contracts earned it $3 billion- Su-30MK2 worth approximately $1 billion and six submarines of project 636.1 Varshavyanka for more than $2 billion.

Lockheed Martin which has seen success in Vietnam in selling a communications satellite, is expecting Hanoi to show interest in its F-16, the latest version of which has closed up huge sales from within US allies.

Along with Lockheed Martin, missile and armaments manufacturer, Raytheon of the US and MBDA of Europe too have exhibited in the event.

Vietnam has previously purchased armed Hamilton-class cutter from the US Coast Guard in 2017. The country recently bought Boeing-Insitu ScanEagle drones for maritime surveillance.

Vietnam has earlier indicated that it is open to diversifying its arms procurement and would welcome western and Israeli companies to bid for its procurement contracts.

Russia has had an early start selling its Su-30s besides older jets such as the Su-27, not to mention some 100 MiG-21s. Alongside fighter planes and submarines, Vietnam imports weapons such as T-90S tanks from Uralvagonzavod and Zelenodolsk shipyards’ Gepard-3.9 frigates. Vietnam’s shipyards are building missile boats of Project 1241.8 Molniya under Russian license.

India has signed an agreement to train Vietnamese air force pilots in flying Su-30 jets in 2016. This, combined with possible maintenance support and upgrade of these aircraft from India, should give Russia an upper hand in hawking future aircraft sales to Hanoi.

The US has marked Vietnam as a potential defence equipment buyer. Unverified reports has said that there have conversions between US and Vietnamese officials, mainly at regional defence exhibitions such as the Singapore air show, to get Hanoi interested in US weapons.

Vietnam is not known to be fully satisfied with its Su-30, and so would like to look at options from the US and Europe. Defence hardware firms Lockheed Martin, Boeing and Saab have reportedly presented the prospective options to a Vietnamese official.

Some recent reports said that a Request for Information (RFI) may be coming this year or early 2020 for fighter jets, drones and maritime patrol aircraft procurement.