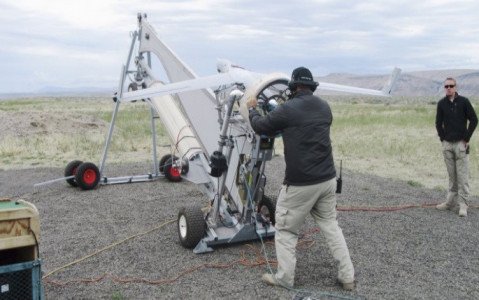 The procurement of six unmanned aerial vehicles (UAVs) was announced by the US Department of Defense (DoD) on 31 May in a deal that included previously disclosed procurements and follow-on orders for three other Asia-Pacific countries.

The ScanEagle aircraft is 1.2 m long, has a wingspan of 3 m, and is launched using a pneumatic catapult and recovered by the company's Skyhook system. It has a service ceiling of 10,000 ft and an endurance of more than 20 hours. The ScanEagle is equipped with electro-optic, infrared, and high-resolution video cameras that enable the operator to track stationary and moving targets.

The DoD announcement did not disclose which branch of Vietnam's armed forces would operate the ScanEagle, but in July 2013 the country stood up a new combined air force and navy brigade specifically to perform a range of maritime missions. The 954 Air Force-Naval Brigade was activated to undertake a number of tasks, including maritime surveillance.

With a coastline of around 3,400 km to protect, including its burgeoning offshore oil and gas industry, the Vietnamese government has devoted significant resources to shoring up its maritime patrol and surveillance capabilities.